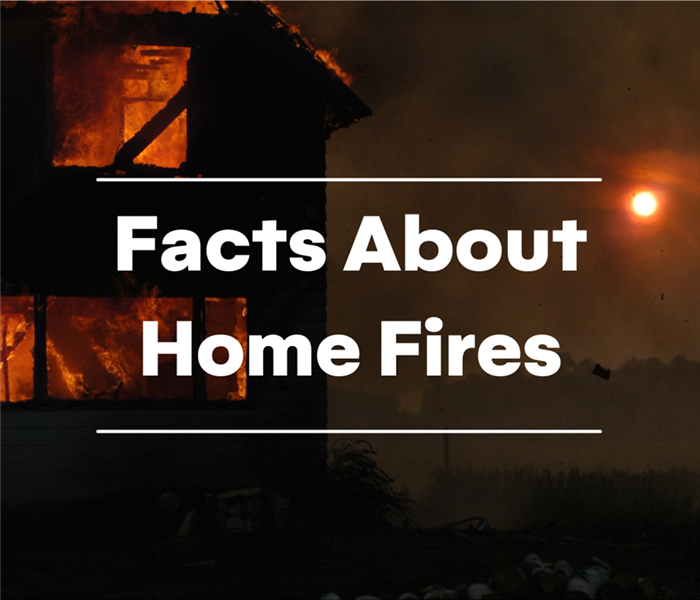 Our main goal is to restore your home or business after fire damage to its pre-fire condition.

Burns and fires continue to prove a significant cause of unintentional death and injury in home settings. Those who are the most at risk include the young and the elderly. Here are some fast facts about home fires.

Factors That Contribute To Fatality

Fire inevitably produces fumes and gasses that can easily confuse, make sleepy, or weaken people. Furthermore, the carbon monoxide produced is not sensible, so if you are already sleeping, the smell will not wake you up, but an alarm will.

Unlike the flames seen in films, the smoke emanating from house fires is often so thick that the interior of a house can dark in less than 4 minutes, regardless of whether there are lights on or not.

Even if a fire is contained in one area, smoke and soot can travel throughout a structure. Our professionals at SERVPRO of San Leandro are highly-trained to clean up fire and smoke damage. Contact us at (510) 352-2480.